Well gents, it’s been an odd year for me being out of the game–er, at least for the most part. Odd in the sense that since my divorce, I haven’t had a long-term monogamous or semi-monogamous relationship with any of the girls I’ve dated, on purpose, and I’ve been in one with Fest Girl now for over half a year, though I love and miss the game.

I’ve stuck it out with Fest Girl so far because she has a lot of very good qualities (aside from being hot) many if not most women lack, and also because at some point players have to consider when it’s time to cash out. We can’t do this forever. There is a wall for men, too, and at some point there’s a lot to be said about having a stable relationship, family, etc. The question I’ll have to answer is whether this girl is that girl—the family-making girl—for me. I think she can be, especially if kids or non-mono are a part of the future equation, and some maturity and growth on her part, as well as some on mine.

I’ll be blunt here: it is VERY easy to become complacent and blue pill in a relationship. VERY EASY. To my horror, I’ve realized that I’ve adopted some poor habits. For example, though I’ve continued to lift (more on this later), I’ve not been great about nutrition and as a consequence, I’ve gained some weight. 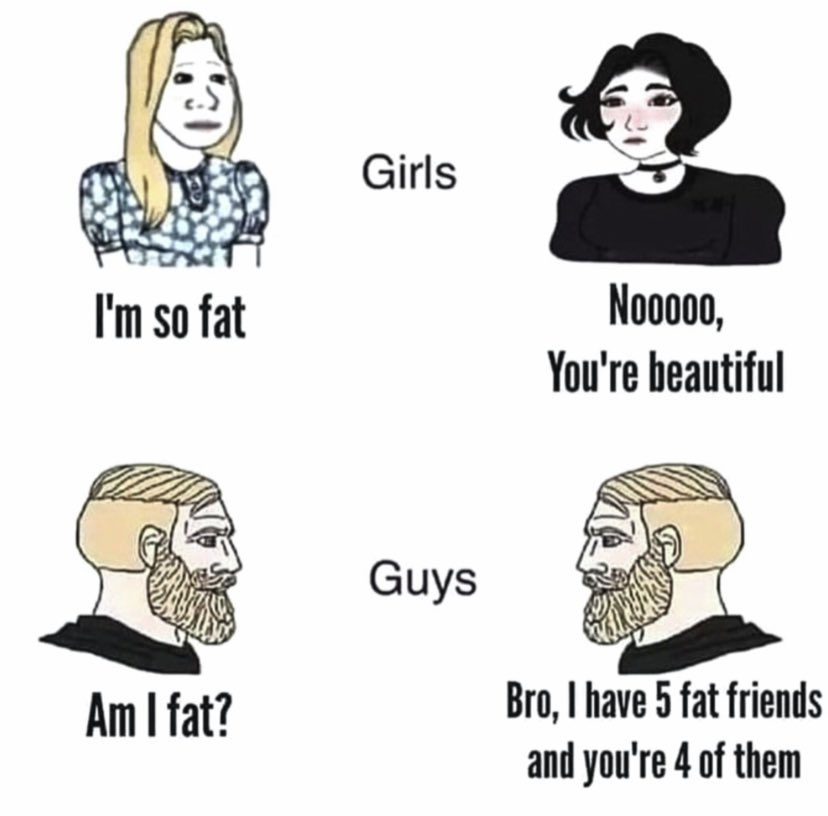 So has Fest Girl. And this is where long term relationships go to die: the couple gets complacent, gets fat, loses desire, becomes comfortable…fin. Instead of using their GoPro to shoot 4k amateur porn and putting it online like maniacs, they’re sitting around watching Euphoria and pining for the good old days when they were hot and sexually viable. The good news is that I’m on my way back from the abyss, using the RFL diet (super low calorie version of keto, although more heavily protein than fat)  as suggested by Lord Connery. Can Fest Girl come with me? I certainly hope so, and I like what I’m seeing: she’ll go on walks, hikes, play tennis, and is starting to open up to the idea of lifting with me. But if she can’t, I’ll know it’s not going to work for us.

You might be saying, “Ditch her and go fuck other girls”. And to be sure, I could do that. I look young for a guy in his early 40s and I’ve probably got 5-6 years where I’ll still be relevant to hot, young girls–maybe even 5-6 beyond that where I can be with a slightly older cohort (25-35) who are still quite attractive. But there are two things here that cut against the player/red pill ideology of: go talk to more girls/it’s just your turn.

1) The modern dating pool is a Market of Lemons

Some girls are a lot better than others in terms of sexual desire, being good in bed, having a pleasant temperament, and loyalty/love for her man. If you’re on Twitter too much, you’d think they’re all branch swinging narcissists two steps away from BPD. Not true. Despite the dread that all the hot/nice chicks are gone, there are plenty still out there. However, much of dating involves picking through a market of lemons: a market where the seller (girl) has more information than the buyer (guy).

To make the comparison fit better, let’s replace information with advantage. Women, given OLD and social media, have an advantage over guys in today’s SMP–a woman at a particular SMV has more choice of guys at or above her SMV than similar men; she may be the best/highest option for many or most of those guys. But if she’s single, she’s single for a reason. Mr. Pips, a client I’ve had a long coaching relationship with, has come across this problem over the past year. He’s slept with quite a few girls, and his growth as a player has been phenomenal—his ability to text, plan dates, escalate, and seduce has become expert. Unfortunately, none of the women he’s been with have been great in bed, and/or have come with some level or weird/crazy. The sex isn’t worth dealing with her difficult personality traits for guys she’s willing to date, just as in the market for lemons (btw, the term lemons refers to cars that don’t perform well–not actual lemons), where the seller is only willing to sell good cars at the given price point, but the buyer won’t pay that price because he doesn’t know if the car is a lemon or not–so mostly only the lemons get sold.

In the modern SMP (sexual marketplace), plums (good/quality girls) aren’t on the market for long. Plums are less likely to be on social media, less likely to be on dating apps, and less likely to be single. It’s not that they’re never available–there are lots of cute, nice, sweet girls out there–they’re just less available. Selection bias as RedQuest likes to say. A good reason to learn cold approach and develop a strong social circle where you’re more likely to interact with plums as opposed to lemons.

To be sure, I’ve met plenty of strange girls with various problems through day/night game. The only good news was I didn’t have to keep them around, nor commit to them–true for any non-mono player. However, when you get to a point where you’re thinking about that next step aka choosing a long term or potentially life-long partner–when you come across a plum (especially hotter/younger), you’d better think long and hard before you ditch her, because it might be a long time before someone better comes along, if ever. Red pill guys are fond of accusing women of waiting too long/being too picky when it comes to guys, but there’s a point where that’s true for us as well, where our SMV is maxed out and waning, and where one ought to start thinking about cashing out (the other option is to be a lonely old man–not a good result IMO). That’s where I’m at now, again, probably in the early stages: if Fest Girl doesn’t work out, I’m fairly confident I can find someone else of equal or potentially greater quality, but in the market for lemons, there are no guarantees.

Yes I do, and I still think that’s good advice, but it brings me to point two, which is that being a player is lonely, a lot of hard work, requires intense focus, time, and energy, and like anything with those characteristics, can become more of a chore than a joy–it can become old, monotonous, repetitive.

Sometimes it’s good to take a break. Like, if Fest Girl and I break up, I’ll hit the streets and the SMP with renewed vigor and enthusiasm. Life goes in streaks, but it also has stages, and each stage is a place where we can learn and grow.

As XBTUSD has pointed out to me several times, I’ve not been the sort of leader I should be with Fest Girl, nor have I maintained my autonomy and mission as well as I ought. This is not to say I’ve learned nothing, because if I hadn’t learned game, seduction, and some of the other stuff TRP teaches us, we’d have broken up by now and she wouldn’t have the attachment to me she does. Things like fucking well, holding the frame, teasing, leading, not defering, etc. Without game, I’d be stuck jerking off, or with the hideous fat girls available to most guys via online dating, which is like experiencing hell without having to die first. There’s a lot of shit I’ve done better in this relationship than in my failed marriage, but there’s also a lot of shit I’ve fallen back into…the guys on Twitter never make mistakes or do anything wrong, but IRL, life’s more complicated, and alas dear friends, RPD is human like the rest of you. Luckily I have XBTUSD and Red Quest to correct my wayward impulses.

The good news: I’m still learning. As always, we should let failure be our greatest teacher. There’s a time and place where the player’s journey ends, but the man’s does not, and we have to ask ourselves: what next? Do I really want to live alone, childless, for the latter third to half of my life?

The solution doesn’t have to be to live with or marry a woman and have kids…maybe it’s developing a community of men who enjoy fly fishing or surfing or hunting, or it means buying a farm and living off the land, or living in SE Asia super cheap and knowing you can bang sex workers when you have the urge and spend the rest of your time writing or reading or playing video games or whatever it is that gets you up in the morning.

For me, it probably will mean having a long term relationship or even getting married and either having more kids or developing a strong social circle with friends who have shared interests. I’m sure it will involve teaching, writing, coaching, and helping people learn and grow.

So back to the question: why do we say “don’t get married?” Two primary reasons:

Learning TRP and Game helps us live our best lives–at least: that’s the idea. If guys want to have women in their lives, they need to learn this stuff or they will either not have them or they’ll get destroyed by them. And, as is becoming a theme here: at some point you can’t be a player–like tennis players, we age out. I do not intend to be running around the nursing home trying to bang old chicks with cancer. I want to spend time with my kids and/or grandkids, my family and friends, doing stuff I enjoy like fishing or camping, and teaching others. And I want to consider how to get to that sort of life well before I have to…because yeah, your boy can still get out there and swing his dick around for a few years if that’s what the Fates intend.

A few lessons from clients

One of the most rewarding things about coaching, aside from meeting so many awesome guys, is that I learn so much from them and their experiences–it’s enabled me to stay engaged and on top of game strategy despite the fact I’m not actively pursuing new leads. Some important points of congruence from recent calls:

If you want help with this stuff, hit me up. There’s never been a better time to be a player.